The Ultimate Sandwich
by Jonas Cramby 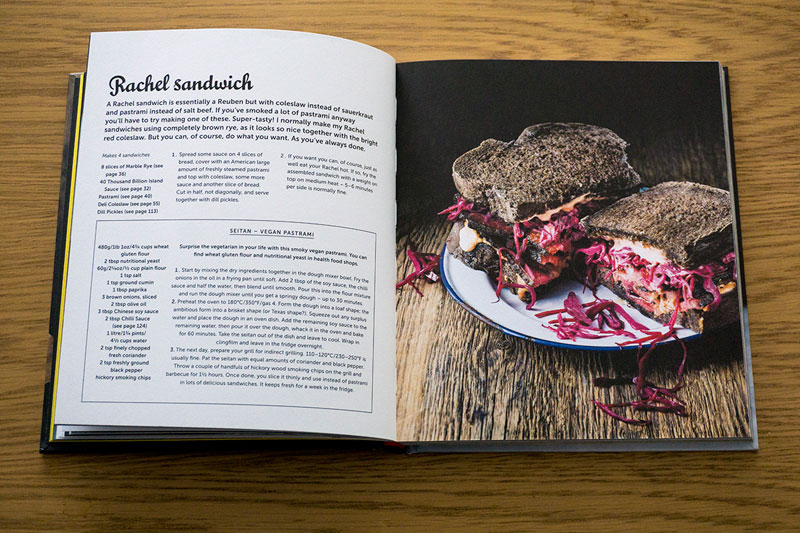 The first sandwich was a haphazard affair. Sometime around 1760, Lord John Montagu, the fourth Earl of Sandwich, was spending an extended session gambling at his club. Unwilling to abandon the tables, but needing sustenance, he called for some cold roast beef to be placed between two slices of toast. Thus, without knife or fork, he could satisfy his hunger while continuing to play. His invention soon became known as the Sandwich and was being served in London coffee houses as early as 1762.

The concept of bread enclosing a filling was hardly new. According to the Encyclopedia of Food and Culture, the Earl himself may have discovered something like the sandwich in his travels in the Mediterranean. Chances are the very first people to make bread a staple part of their diet – some 10,000 years ago – combined it with meat or other toppings to form a sandwich-like meal.

Sandwiches today take many forms and have many names. In his book The Ultimate Sandwich, Jonas Cramby cites the French croque, the Swedish smørrebrød, the Chinese bao and the Vietnamese bahn mi, as well as American derivations like the hero, the po’ boy  and the mufaletta. 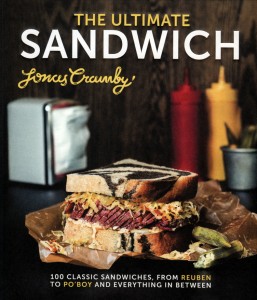 Jonas takes an unusual approach to sandwich making. For example, if you fancy a club sandwich à la Cramby, you need to start at least a day in advance. Of course, you’ll be roasting your own turkey breast and, because you want it just so, you’ll be brining it first. This is an overnight process. Then there’s an hour to let the turkey dry off in the fridge, before popping it in the oven for an hour or so.

While this is all happening you need to make the bread – a classic French pain de mie – which should take you, say, seven hours. Of course you will have already made the mayonnaise. Then all that’s needed is to crisp the bacon, slice the tomato and turkey breast, add the iceberg lettuce leaves, assemble the whole thing and pierce it with frilled cocktail sticks.

Wait, there’s more. If you’re a real purist like Jonas, you’ll smoke your own bacon. This requires that you purchase a smoker and takes a little over a week. So if you want a real, made-from-scratch club sandwich to serve at your Sunday brunch, you’ll need to start on the Friday of the week before. At least he doesn’t demand that you grow your own lettuce and tomatoes.

To be fair, Jonas admits that you can choose either to make your sandwiches from scratch, to buy the ingredients in a shop and assemble them at home, or do something in between. I suspect that most readers of The Ultimate Sandwich will choose the easier option, although the bread recipes (and all the recipes really) are presented in an easy, conversational way that make them seem very do-able.

The sandwiches Jonas presents vary from the classic grilled cheese with tomato soup (yes, you make the soup yourself) to the exotic bulgogi bao (Korea meets Taiwan). There are even ice cream sandwiches. Along the way, you learn to make your own mayo, mustard, cheese, bacon, pickles, cured brisket, sauerkraut  and a whole lot more.

There are also snippets about the history of many sandwich classics. The Reuben, a personal favourite of mine, was apparently, like the original sandwich, invented to be eaten at poker games. But by a Lithuanian immigrant to New York, rather than an English lord. The oyster po’ boy traces its origins to labour struggles in New Orleans.

And sandwiches have never looked so good. None of your wimpy, soggy, white processed-bread sangers here. The Ultimate Sandwich is about serious food, well photographed and complemented by simple step-by-step instructions. The book ends with a short sandwich lover’s guide to New York, which may or may not be out of date by the time I get there.

Inspired by Warren Zevon’s deathbed pronouncement: ‘Enjoy every sandwich’, Jonas Cramby has turned the casual lunch into a culinary adventure. I have one question though. Given his focus on good bread, I can’t help wondering whether it’s intentional or an accident that the curly script on the cover makes his name look very much like “Crumby”.