Turning 60 in Paris
And being 60 in Italy

It was my 60th birthday and my objective was to be as far away as possible from anyone I knew. Most of my workmates thought I was turning 56, as I had subtracted four years from my age while job hunting in Sydney 12 years earlier and hadn’t seen fit to change my resume. With the milestone birthday looming, however, I confessed and quickly left the country.

Thus, on the morning of 12 March 2007, after a luxurious breakfast of champagne, raspberries and goat curd and pain au chocolat, I found myself standing in the queue at the foot of the Eiffel Tower, bound for lunch at Altitude 95 on the first level. 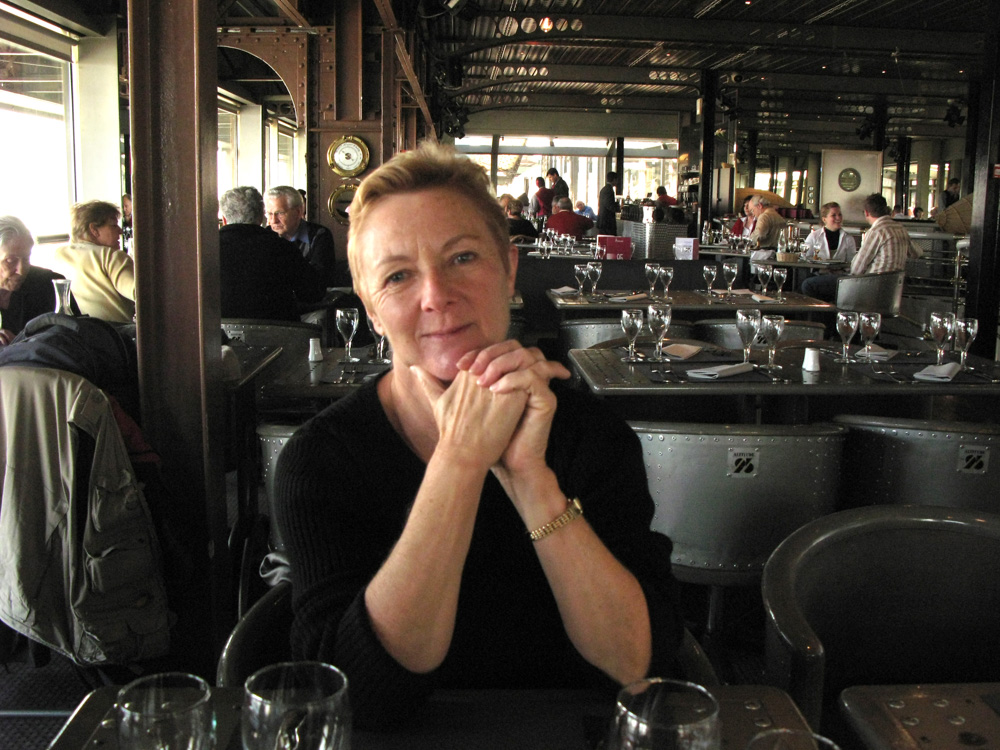 The interior of the restaurant was a study in gunmetal grey. Not a cloth or a flower softened the metal table tops, while industrial-looking rivets adorned every beam, panel, and piece of furniture. It was like eating in an airborne battleship. The two-course prix fixe was as sensible and well-engineered as its setting – decent, plain French cooking. Perhaps it didn’t make me think, laugh or look at food with new eyes, but it did engender a strong sense of wellbeing. 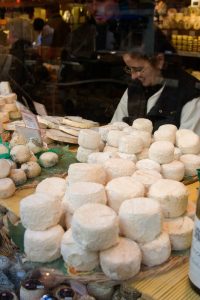 The restaurants in Paris were of uneven quality, but the markets were a revelation. By sheer happenstance, our hotel was just around the corner from the Rue Cler, a pedestrian-only street lined with food shops. It seemed that every second shop was a fromagerie and the insistent smell of cheese clutched at you from doorways and open-air counters.

There were tiny crottins from the Loire, bell-shaped goats’ cheeses (clochette chèvre) from the Pyrenees, bulging Brie and reeking Pont-l’Évêque. Sensibly dressed matrons patrolled the Rue Cler with their shopping bags, buying just enough for that day’s luncheon, or that evening’s dinner.

More hectic by far was the market underneath the freeway at Boulevard de Grenelle. Open Wednesdays and Sundays, this market was seething with serious shoppers. The elevated roadway, on its curious mock-classical pillars, provided a steel ceiling shielding us from the Sunday morning drizzle as we browsed. There were early artichokes, unrecognizable fungi, a hundred varieties of charcuterie, oysters, horse meat, honey, preserves, cheese, butter in great slabs, plus every kind of flesh, fish, fowl, fruit and vegetable in dizzying quantity. Next time, we vowed, we’ll stay in an apartment so we can take advantage of this beautiful produce and cook for ourselves. 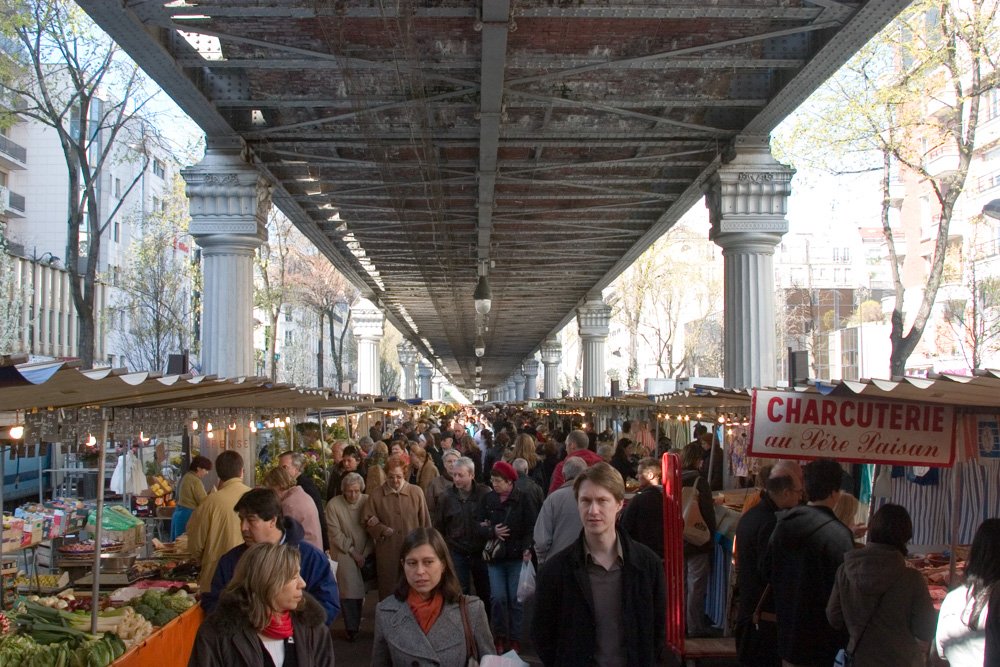 After five food-filled days, we took the early morning hotel shuttle service to Charles de Gaulle airport, arriving to find that our flight had been cancelled. A strike, they said, in Rome. Until 6pm. Ah, Italy! Things got worse. At Fiumicino airport, we discovered that the rental company had given our car away. Hurried negotiations with Eurocar finally procured a Fiat Punto. My husband is a largish man and the Punto, as we soon discovered, is a very small car. Fred quickly found that to see through the windscreen he needed to adopt a hunch-backed position and tilt his neck at an unnatural angle.

Crouched thus over the steering wheel, and repeating the mantra “Drive on the right, drive on the right” he manoeuvred the miniscule vehicle onto the Circulazione Occidentale, the western ring road, and thence onto the autostrada. A nightmare drive ensued as juggernaut lorries loomed out of the dark and impatient drivers hung on our tail. Then the Google maps display on Fred’s phone began to fade. The battery was dying, we had no car charger, and all links to our destination were about to be severed. That was when we almost hit the porcupine. The metre-long, shaggy shape ambled across the country road, looking, in the dark, like an animated bundle of dirty laundry.

A squeak after midnight, we pulled into the central square in Montefalco. Fortunately, the bar from which we were to collect our key was still open and we were soon installed in a warm apartment which occupied the middle floor of a medieval building in the heart of town. 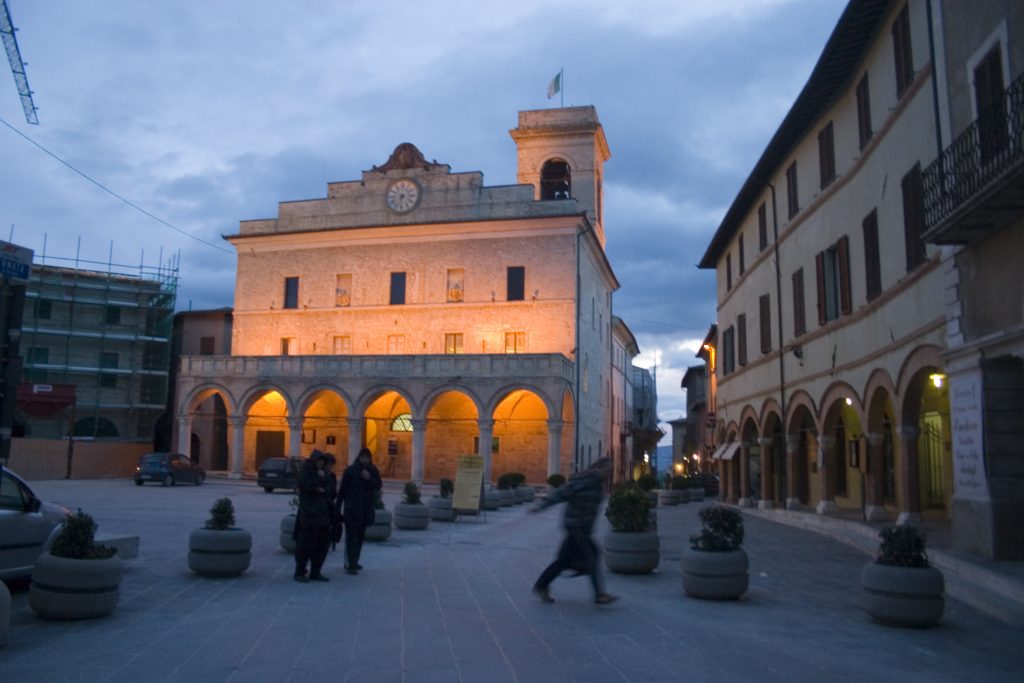 Our two-week stay in Montefalco began in sunshine, progressed through snow and ended with bitter rain. What did we care? Each day, guided by a book thoughtfully left in the apartment, we indulged An Appetite for Umbria. Having selected a restaurant, and thus a town, we designed each day around lunch. A drive through the countryside – sometimes hair-raising as Italian country roads have no verges and the drivers behind you have no patience – was followed by a stroll around town, two or three courses with wine, more strolling, and the journey home. 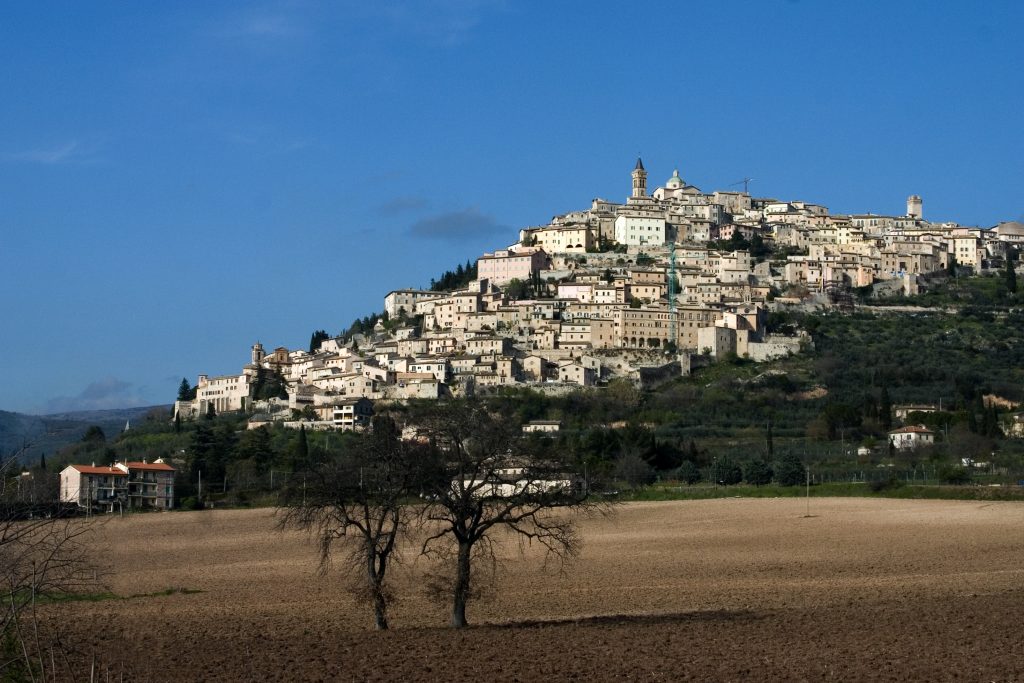 Some of the best eating was in our own cosy apartment. A few paces away, in the main piazza of Montelfalco, we could buy bread, prosciutto, salami, cheeses and a vast variety of antipasti from an avuncular man who was very patient with my halting Italian. Next door, in the Enoteca, we could choose local wines – the famous, but pricey, Sagrantino, but also the quaffable Montelfalco Rosso or the local, predominantly Grechetto white wine. 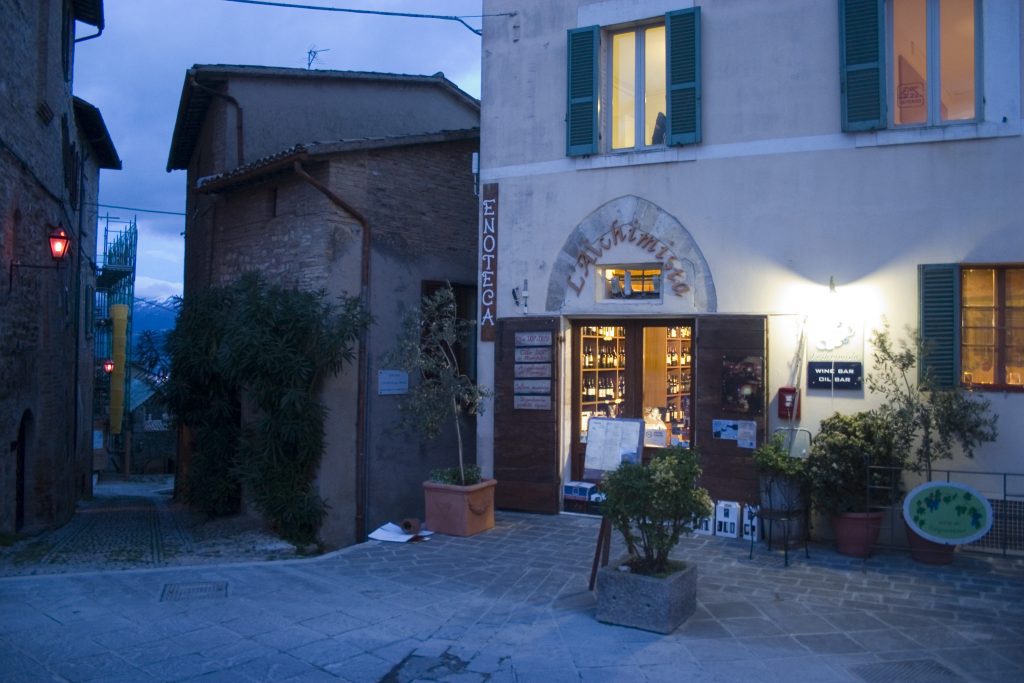 It was hard to turn our backs on the Umbrian lifestyle, although there was a certain relief in saying goodbye to our miniscule Fiat. The journey back to Rome, in daylight and with plenty of time to spare, was far less harrowing. We landed in Sydney as the sun was rising and sought out a coffee to jump start our jetlagged brains. Airport coffee, Australian-style. That really brought us down to earth.

From Me and My Big Mouth, by Jan O’Connell