In February 1990, Fred and I made a flying visit to Rome. It was the first time we’d been there together. For him, it was a working trip, as part of a film crew shooting a TV commercial for shampoo. Back then, because of regulations governing local content on television, international brands were prohibited from simply running their overseas ads in Australia. The idea was to protect the jobs of people in our TV production industry.

There was a loophole, though. If there were at least three Australians in the crew and some Australian extras in the background, the commercial could be deemed an Australian production. This led to the phenomenon of the “ghost crew”. The required number of recognised Aussie production people would be duly documented on the call sheet, turn up at the shoot,  do very little, get paid and go home.

When Fred was approached to ghost in Rome, I was determined that he wouldn’t go without me. With his fares, per diems and our accommodation paid for, it wasn’t going to be an expensive trip. So what if it was only for six days!

We were booked into the Hotel Carriage, in Via delle Carrozze, not far from the Spanish Steps and one block from Rome’s most fashionable shopping street, Via Condotti. A few doors down the road from the hotel was an unpretentious eating establishment: Hostaria al 31. Not a glitzy tourist trap, it seemed popular with impeccably dressed Italian businessmen and offered good, honest Roman food. Jokingly, we seized on the “al” and christened it “Al’s”.

The lasting memory of our first visit was an antipasto of crostini topped with melted cheese and anchovies mashed and all but dissolved in butter. It was a dish we have recreated on many occasions at home, at some cost to our waistlines. The oily, salty, buttery mixture oozing over crunchy bread is the ultimate in comfort food.

Our second visit to Al’s came at the end of an Italian sojourn in 2001. We had spent two weeks in Umbria, but allowed some time in Rome to catch up with friends who were attached to the Australian embassy. Although it was still early spring, this time Al’s had outdoor tables and canvas awnings. The sign over the door had changed but the menu had not.

Although we didn’t order the crostini, this visit produced an equally enduring memory of a grilled pork chop encrusted with rosemary and served with a squeeze of lemon. “I want that Al’s pork chop,” has been the frequent response to the question “What do you feel like for dinner?” Despite many attempts, we have never been able to match its savoury succulence.

On our most recent Italian trip, it was only natural that we returned again to Al’s. We had just one night in Rome before catching the flight home and I had chosen a hotel I deemed to be within walking distance of the restaurant. Our route to the restaurant took us down Via del Corso, closed to traffic for the evening passeggiata. And soon, there we were. Al’s hadn’t changed since 2001. Even the waiters looked the same. Perhaps we were a little early though, as the outdoor tables seemed largely occupied by tourists like us.

The crostini with anchovies were still on the menu. Of course, we had to order them for old times’ sake, followed not by a pork chop this time but tender little lamb chops for Fred and a saltimbocca alla romana for me. Green beans on the side and yes,  some of the roasted potatoes. And a nice bottle of red to wash it all down. 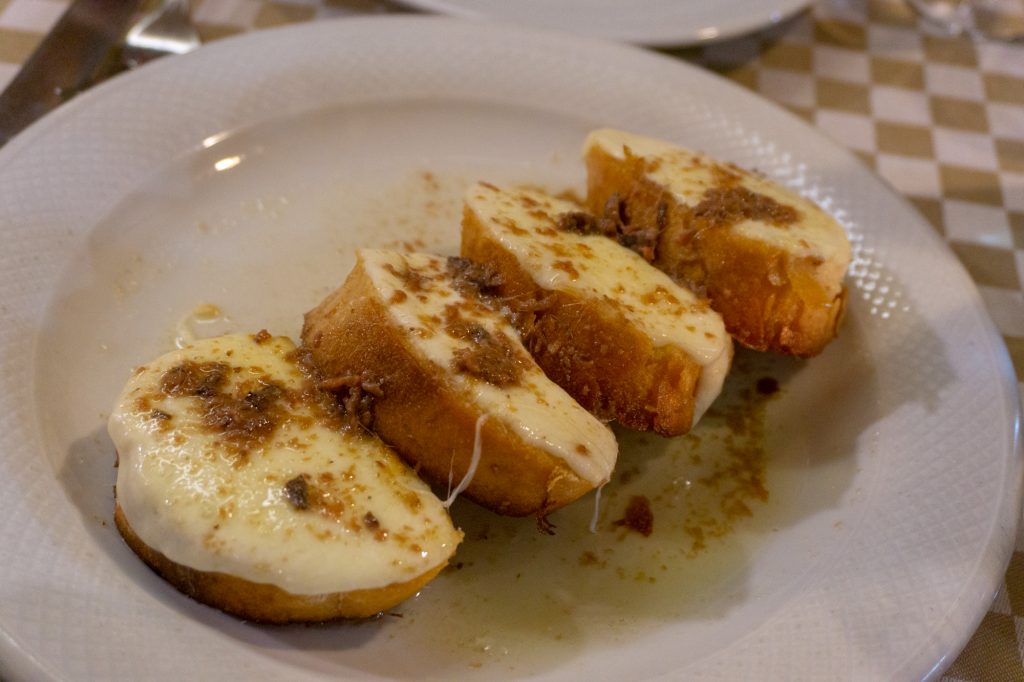 After dinner we strolled to the Spanish Steps, only to be taken aback by the garish illumination. Whatever would John Keats, who died in that house to the right of the steps, have thought of such a vulgar display? 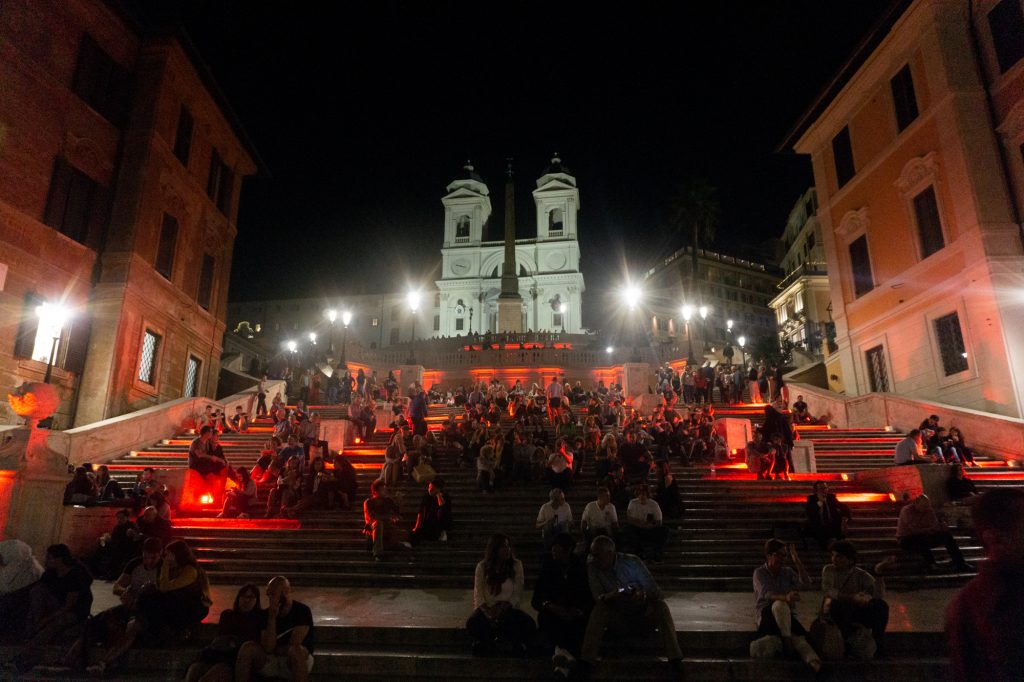 It was Friday night – clearly party night in Via Condotti as we wound our way through crowds spilling from the various fashion houses, many holding glasses of champagne. We ogled the windows of Dior, Prada, Gucci, Jimmy Choo, Bulgari – all the famous brands were there and this night many seemed to be having open house. Shopping here is reserved for the seriously well-heeled; as they say, if you have to ask the price, you can’t afford it.

The next morning, promptly at 8.00, the taxi arrived to take us to the airport. Looking over our shoulders to catch our final glimpses of the St Peters dome, we wondered if we would ever return. It seems crazy to have a favourite restaurant on the other side of the world, and perhaps it’s more about nostalgia than fine food, but there’s no doubt that if we ever do get back to Italy we’ll be back at Al’s.  Here’s hoping it never changes.