Waiting for snow
Christmas in Hampstead, 1976 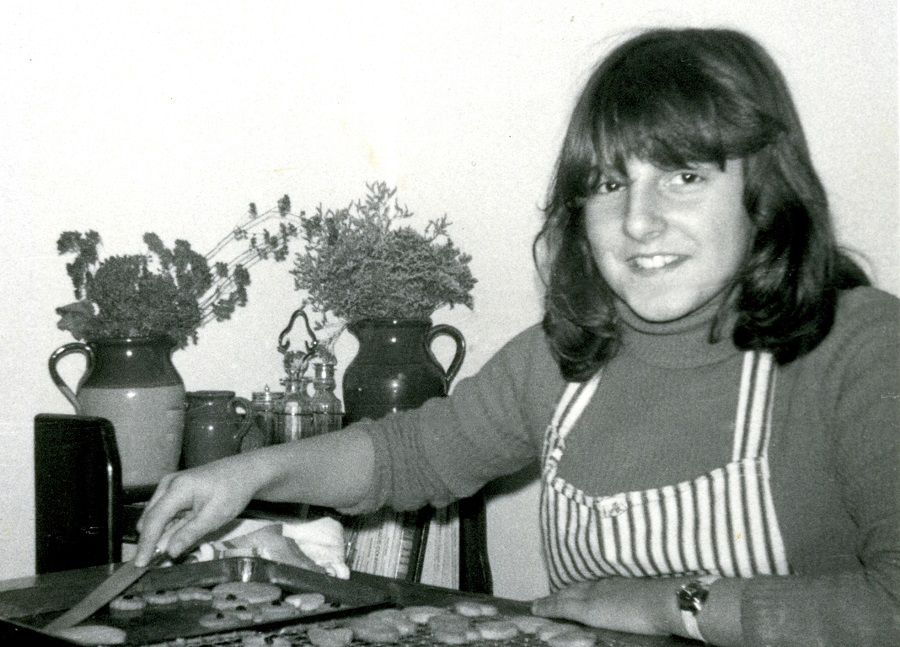 On Christmas Eve, Katty and I made gingerbread. It was rare for Maureen to allow anyone else beyond the margins of her kitchen, but the exigencies of Christmas had taxed even her formidable culinary stamina. (Normally she sat guests down in a chair at the furthest end of the scrubbed pine table, with a view of the Heath, poured them a generous glass of Cyprian wine and, if they were particularly favoured, allotted to them some menial task such as chopping parsley.)

However, Christmas has a tendency to stretch you thin – the only sense in which that adjective could ever be applied to Maureen. She was a strong-boned, broad-faced, loud-voiced woman from Norfolk. A Norfolk broad, she told everyone.

Hospitality at Maureen’s was both instinctive and generous, though rarely formal. Food was both her occupation and her love. And as she always cooked with a glass at her elbow, the results of her labours were always presented with a particular panache that owed something to the alcohol in her bloodstream.

This Christmas, the board-room lunches and the cocktail parties had been taxing the resources of the untidy kitchen overlooking Hampstead Heath, and despite her freezers stocked with game pies, soup stocks, miscellaneous casseroles and strange, unlabelled “mystery parcels” Maureen had slept little for the last few weeks.

But people were coming for Christmas. Hence, the gingerbread. Katty and I cut out the star shapes, the hearts, the crescent moons. As the spicy biscuits came out of the oven, we carefully drilled each one with a skewer. When they were hard, we threaded them with red ribbon, to hang on the silver-grey spruce tree that stood in the bay window, its lights congratulating those who had completed the stiff climb to the top of Parliament Hill. While we cut and baked and pierced and threaded, Katty talked a little. Her father was coming for Christmas. He was coming from Greece. She didn’t know what gifts he’d be bringing, but she really wanted a toboggan. Did they have toboggans in Greece? 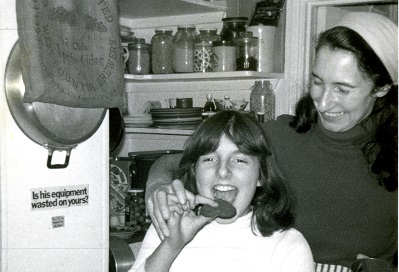 There was no man in this household. Maureen was not averse to men, but she always insisted that they leave early in the morning, before Katty woke up. For all Maureen’s earthiness, her only daughter seemed very innocent for her eleven years.

Katty’s father’s name was Fotis. In Greek, it meant light – an extraordinarily appropriate name for a television director. And now the light was coming for Christmas. And for Katty.

Not that Fotis was to be the only guest. Christmas, to be done at all, must be done properly. Our company was to include, naturally, Fotis’s current wife, Liz, an English academic, together with Liz’s parents, Margaret and Will.

Maureen, as a matter of course, had invited Werner. He lived upstairs. Whereas the first floor of the tall Edwardian house reflected Maureen’s tendency to collect objects in the same haphazard way as she collected people, Werner’s flat, immediately above, was expensive and austere. He had “done” rooms for some of the lesser royals and his South African origins had long been buried beneath a truly cosmopolitan charm.

For the first time, Werner asked if he could bring a partner. Donald, his latest lover, was accustomed to the cosiness of Christmas in New England. Werner was keen to prove that due ceremony with the turkey was not the sole province of the Americans.

The rest of us were waifs and strays: myself (an Australian house guest of tenuous connection to my hostess), my ex-sister-in-law whose Ealing flatmates had fled elsewhere for the holidays, and someone called Lawrie, from the pub. Held by Maureen to be The Most Boring Man In The World, he had been invited because it was inconceivable that anyone else would have sought his company for Christmas.

By Christmas Eve, the bird and the hams, the sausages and the forcemeats, the sauces and the puddings and the pies lay ready. We lacked only the gingerbread. And the guests. And the snow.

By four thirty it was dark and the last fragrant heart had been attached to the tree. There were gifts already piled at its foot, mine included. The fire flickered dully; smokeless fuel was no substitute for yule logs.

Maureen had disappeared. The families and couples and singles of Parliament Hill were paying Christmas calls. From outside, where the road ended at the edge of the Heath, came the sound of cars turning. Occasionally, there were footsteps and cries, faint through the double glazing. Katty hovered at the window.

He came around nine, just minutes after Maureen herself had returned. A short, Santa-shaped man with a blonde beard and a loud voice, bearing in his wake a retinue of slight, softly-spoken relatives-by-marriage. “Katerina,” his voice boomed, and the child was swept up in the noise and the hugging and the mysterious bundles. But there was nothing that looked like a toboggan.

It was the kind of Christmas Eve that goes to the head. I never enquired into the circumstances of Maureen and Fotis’s parting although I knew there had been another husband in between. But watching them try to outdo each other in bonhomie I surmised that perhaps there was simply too much of each of them. The room seemed scarcely big enough to hold them both at the same time.

The champagne of Christmas Eve seemed to segue almost seamlessly into the champagne of Christmas morning. The Fotis contingent re-appeared from their hotel in time for breakfast and the ritual of opening gifts. There were clay pots from Siphnos for Maureen, bread sculpted by Greek bakers into wreathes of flowers, birds and cherubs, dolls and dresses and a wristwatch for Katty.

When the space beneath the tree was knee-deep in glittering paper and fragments of ribbon, I looked for Katty. She was on Fotis’s knee and he was whispering in her ear. Out on the landing lay another package, larger than the rest.

There was no need to ask what it was.

We gathered around the pine table, finally, the ten of us, the product of five countries, four continents and countless made and un-made relationships. The turkey was ceremonially carved, the pudding was produced flaming, the toasts were drunk, the brandy was served and savoured.

Throughout the ritual, Katty’s eyes frequently sought her father’s face, but just as frequently turned over her shoulder to the wide plate-glass window. Grey elm branches shook in the wind, but the sky was enigmatic. 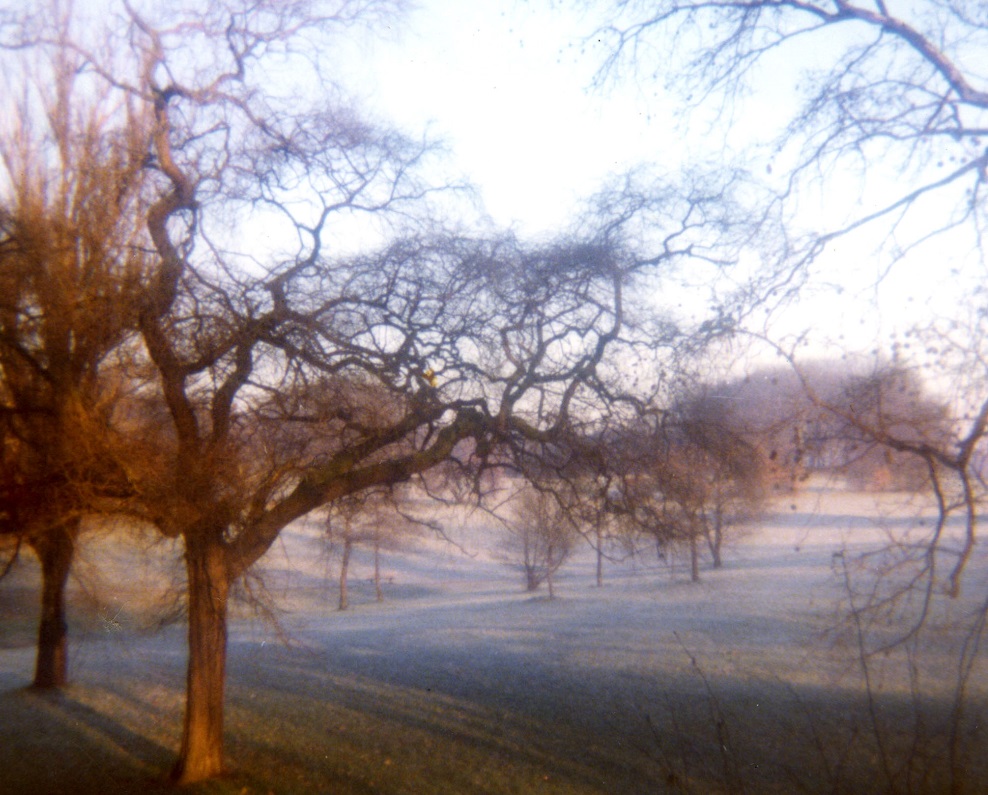 After the meal we walked on Hampstead Heath. Past the ponds where, on less preoccupied days, fishermen were rumoured to catch pike of astounding size. Past the children trying their Christmas kites and their Christmas bicycles. But the toboggan that lay under Katty’s Christmas tree would have to wait for another day.

Night came quickly, and as the street lights along Parliament Hill began to glow, our company began to unravel. Werner was already thinking of his trip to see his mother in Durban – his first for twenty years. Donald, perhaps, was wondering how London would feel without Werner.

It seemed that most of us had other places and other plans on our minds. Fotis and Liz were on an early morning plane to Athens, her parents were driving back to Wales. Maureen was catering for a tennis club dinner on New Year’s Eve and was preparing to do a stock-take of the freezer.

The farewells had the brittle undertones of fatigue. The ghosts of Christmasses past, present and future had been satisfied and it was time to move on. I didn’t see Katty say goodbye to her father, and she helped clear the debris in the kitchen without a word.

The next day, it snowed. But Fotis was gone.