Even the winemakers at La Gravera can’t name all the grape varieties that make up this mysterious white wine. What they can say is that the vines are more than 125 years old and that they come from a mere 0.95 hectare plot, 400 metres above sea level in northern Catalonia.

In my last post, The Truffle Big Menu, I mentioned this wine, but the best I could do was describe the grape varieties as ‘native varieties of the property, almost unique in the whole D.O.’ So I contacted the makers, La Gravera, begging for more information. They promptly replied, sending me off on yet another round of research to uncover the stories of grape varieties I’d never heard of.

The La Pell Saviesa Blanc is made from white Trobat (30%), Macabeu (25%), Hebén (20%), white Sumoll (5%) and Beba (5%). The remaining 15% comes from “other unknown local grapes”. Perhaps it’s not surprising. They’ve been growing grapes on the Iberian Peninsula for a very, very long time, resulting in great diversity. One researcher reported that national grapevine catalogues include 222 different varieties in Spain and 511 in Portugal.

Despite this, more than half the total vineyard area in Spain is devoted to just two varieties, Airén and Tempranillo. Many local cultivars have disappeared over the years, but there is a new trend towards reviving distinctive local products. Given the fierce local pride of the Catalans it’s not surprising to find a Catalonian wine-maker in the forefront of this trend.

So what can we learn about these unfamiliar grapes?

According to the website Wein-Plus, Trobat is an almost extinct red grape variety, native to Spain. In 2010, it was being cultivated only on one hectare of vineyards in Catalonia. It seems, however, that La Gravera also has a white variety. Sumoll is also a rare grape, native to Catalonia, with white and the more common black varieties. It’s slow-ripening and its high acid content means it needs careful handling by the winemaker. Australian wine scientists have been impressed with the way this grape handles climatic extremes (Costers del Segre is perhaps the harshest of Catalonia’s wine regions) and black Sumoll has been used as a parent for several new varieties here. Crossed with Cabernet Sauvignon, it has given rise to Australian hybrids including Cienna, Rubienne and Tyrian. 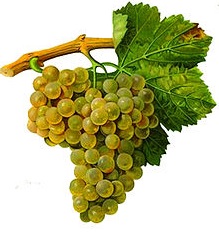 Macabeu has a different story to tell. In Rioja, where it’s called Viura, it’s the most commonly planted white wine grape. However, it has fallen from favour in recent years, with few new plantings since the mid-1960s. It seems that in this district the big, tight bunches are prone to rot, so there’s a temptation to pick too early – giving the resulting wines a bad rep. The secret to quality lies in careful viticulture – pruning and thinning to gentle healthy grapes through the ripening process. In Catalonia Macabeu is used extensively in Cava, the local equivalent of Champagne.

Then Beba. What’s Beba? Local names can be confusing, and depending on where you are, this grape is also known as Breval, Teta de Vaca and Iso. One source says that Teta de Vaca is “a dessert variety with large berries that is in danger of extinction. In Roman times it used to be called ‘Bumasti’.” Beba, it seems, is not a Catalonian native but hails originally from Andalusia. There it was sometimes known as Beba Dorada de Jerez because the white grapes take on a golden colour as they ripen.

Which brings us to another ancient grape, Hebén, described as an “almost extinct Andalusian variety”. Well, the grape itself may be struggling to survive, but its progeny are everywhere. A group of Spanish and Portuguese researchers found direct genetic relationships between the Hebén grape and 60 of the 332 Iberian varieties they investigated. Among its descendants were Airén, Cayetana Blanca, Viura, Xarello and Pedro Ximenes, which between them account for around a third of the vineyard surface in Spain. Hebén may have a history that reaches back to the heyday of Moorish Spain, being introduced from northern Africa as an Arabic table grape. It was certainly being grown in Andalusia by the 16th century.

So, to the wine. Which is, of course, much greater than the sum of its parts. Cut off by mountain ranges from the moderating influences of the sea, the vineyards endure temperature ranges from more than 37°C in summer to -10ºC in winter. Summers are dry, winter fog is frequent. The old vines are pruned in a goblet shape, supported by “wooden crutches of hackberry”. The grapes are harvested carefully by hand, with selected bunches placed in wooden boxes, and are manually destemmed in a vertical press. Half the fermentation is in stainless steel, the rest in French acacia barrels. After 10 months of ageing in the barrel, the wine is bottled without fining or filtration.

We tried the La Pell as part of a truffle degustation at Can Jubany restaurant, where Isabelle Moren was among a small group of top sommeliers to be introduced to this “treasure wine”. It is in limited production and not widely available, even in Catalonia. However, La Gravera has just come to an arrangement with an Australian importer, Untapped Fine Wines in Port Melbourne, who will be receiving some stocks – perhaps not of the Saviesa, but of some La Gravera wines – later this year.