My earliest memory concerns eating. It happened when I was still too young to sit at the table, not having yet turned two. I was the youngest member of an extended family who gathered together for ‘tea’ on a Sunday evening. This weekly ritual involved four generations and took place at Cartref, a substantial residence in the respectable Melbourne suburb of North Caulfield.

The house was built back in the days when houses had names, not just numbers, by my great grandfather, Sam Hollow. The building company of Hollow and Sons was responsible for quite a number of red-brick piles dotted around the suburbs of Melbourne, all with old-country names like Cregah, Redruth and Swinside. Many were occupied by members of the family and the names generally reflected their origins. Cartref, for example, means ‘home’ in Welsh, Wales being the birthplace of my great grandmother’s parents.

It was a big, close family. When I was an infant, there was quite a clan at Cartref: five aunts and uncles of various generations. I lived at Cregah, immediately opposite, with another four or five Hollow descendants, including my parents.

Cartref was, for a small person, a huge and intimidating building, with ceilings that were unimaginably high, long corridors, and dark, heavy furniture covered with breakable knick-knacks. The large garden had a vast amount of buffalo grass lawn that prickled young, bare feet. Precisely in the centre of the lawn a large date palm reared up, all spikes and wind-tossed fronds. I suppose Grandpa saw it as a symbol of middle-class solidity and achievement; I saw it as a monster lying in wait for an unwary child.

I much preferred the central feature of the back garden, which was a billiards room. This exotic structure was all polished wood and dim lights, but its most fascinating feature was a stuffed cockatoo under a glass dome in the corner. Apparently this creature had been my great grandfather’s close companion for many years and was credited with getting him to work on time each morning, with cries of ‘Sam, Sam, you’re late.’ 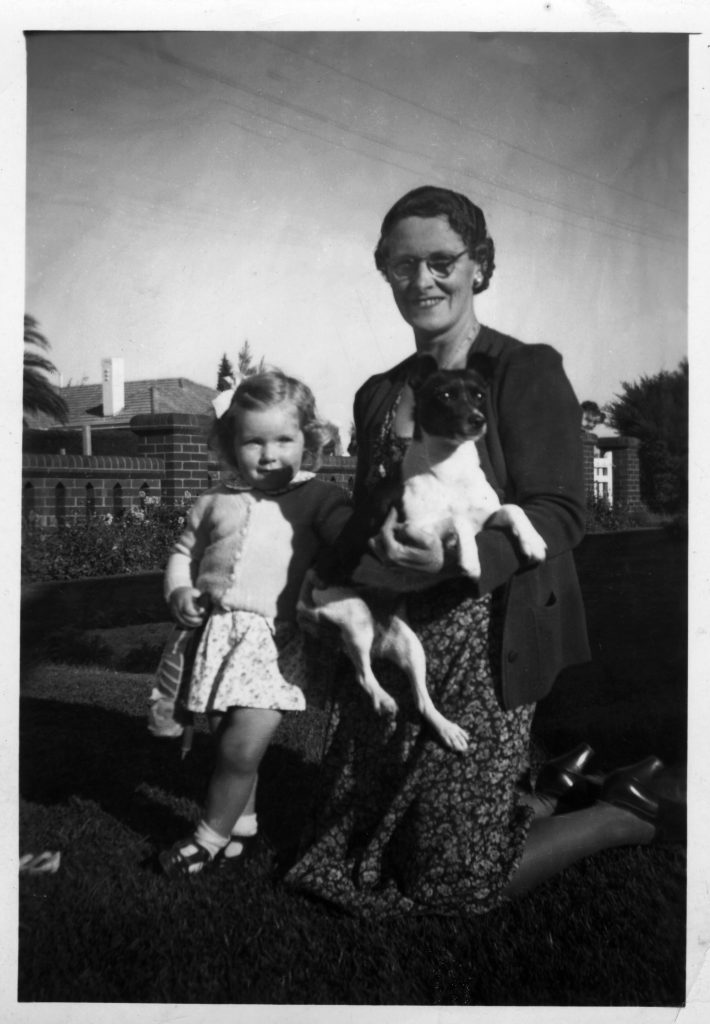 Two small and very much alive dogs were also part of our domestic circle: Bunty, an inoffensive silky terrier who lived on our side of the road, and Spotty, an energetic fox terrier who resided with my Auntie Irene opposite. With no children of her own, Auntie Irene doted on me – and on that dog. Perhaps that’s why Spotty and I never took to each other: it was a case of mutual jealousy. Spotty is not actually a part of the tableau I hold in my memory, but was certainly the critical off-stage presence.

On the Sunday night in question, I was in the cavernous dining room at Cartref.  The big table was set for tea, but the various adults were clearly occupied elsewhere – women in the kitchen, men (I now surmise) in the billiards room. I was strapped into a high chair. It was gloomy and silent as I toyed with my tiny toddler spoon.

At last, an aunt appeared. She set an enamel plate in front of me. I inspected the chopped up food with an uncritical eye and, evidently deciding not to wait for my elders, reached for the spoon. Then, as I conveyed the first spoonful to my lips, all hell broke loose.

Wild-eyed and with apron strings flying, Auntie Irene burst through the double doors crying “Jan’s got Spotty’s dinner! Jan’s got Spotty’s dinner!” My spoon froze in mid-air. In the nick of time, the offending plate was snatched from the high-chair tray. I’m not sure, now, whether she was worried that I might eat something dangerous or (as is more likely) that poor Spotty would be deprived of his lovingly prepared chopped ox heart.

Fortunately, this experience did not permanently mar my relationship with food. I’m not a person who lives to eat but neither am I someone who eats simply to live. It’s the conviviality I love. A conversation had around a table beats cocktail party chit chat any time. Sharing good food gives me a sense of being blessed. Although I’m a card-carrying atheist I can understand the tradition of saying grace. Maybe those feelings reach back to Sundays at Cartref, the unfortunate dog food episode notwithstanding.

Those gatherings at the family home had been going on for many years before my birth. While the food was invariably simple, the atmosphere had always been lively. It was a time for the younger family members to introduce new girlfriends, who were subjected to the scrutiny of the extended family.

Sam Hollow had four daughters, one son and five grandsons. While three of the daughters were of a pious inclination the youngest, Irene, was something of a black sheep and the favourite aunt with all five nephews. Family gossip has it that she’d been seen cavorting at New Year’s Eve parties in her cami-knickers. Some fifteen years after the Spotty’s dinner episode she was certainly instrumental in my introduction to gin and cigarettes.

True to character, Irene was happy to join the boys in a game of cards on Sundays while the other daughters dutifully reported with their parents for Evensong at St Mary’s Church of England. Irene was always ready to vamp out a popular song on the piano – an energetic performance that was rapidly transformed into a sedate “Bringing in the Sheaves” as the rest of the family returned from church. 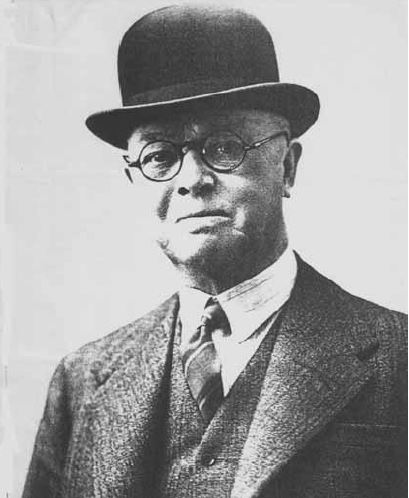 This is the stuff of legend. The family gatherings I remember were less rollicking. The highlight of the evening was the distribution of our ‘wages’. Very much the stern patriarch, Grandpa Hollow would produce the pay envelopes, one for each great-grandchild and each containing a shiny two shilling piece.

We children were vaguely afraid of Grandpa, but unaware that that the rituals and politeness of Sunday evenings concealed a family scandal.Widowed at the age of 66, within two years Grandpa had Married Again. This left his family aghast. His second wife had been in domestic service in their household and was 18 years his junior.  Known scornfully by the family as Ginger, owing to her shocking use of henna hair dye, she never made an appearance on these Sunday evenings. However, she had the last laugh on them all by outliving every one of Sam Hollow’s children, thus ensuring that none of them benefited from the sale of his substantial estate.

Grandpa himself died shortly after my fourth birthday and the supply of two shilling pieces stopped abruptly. Cartref  and Cregah ware demolished years ago, the date palm is long gone. But I’ve never been able to summon up an enthusiasm for ox heart.